…by a kitten. The kitten must have gotten scared of the fireworks and run away from wherever he comes from. We found him Friday night hiding under the bakkie that was parked in the yard. I heard the meowing while bathing the boys and called Mark. He couldn’t hear anything but when he went outside to smoke, found the little thing under the vehicle. 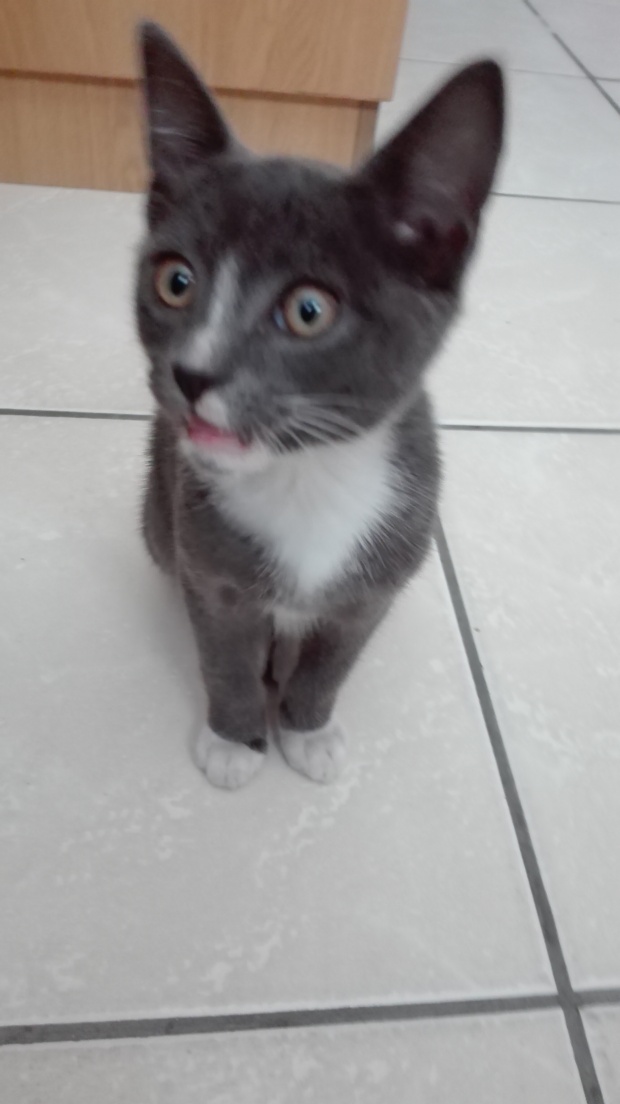 I first gave the kitten some milk (I have no clue about cats). Then Googled what to feed cats, and found out not to give cats milk at all as some of them can be lactose intolerant. We left him outside that night as we weren’t sure if he would go back to where he came from or what. The next morning, as soon as Mark opened the back door, he ran in and started meowing something fierce. I figured the poor thing was hungry and gave him the only thing I could think of, a half tin of tuna. He gobbled that up and the water I put out for him.

Mark is still hesitant about the kitten but could be found on and off with the kitten on his lap petting him. Matthew is smitten and says the kitten is his. Ethan smiles and stamps his feet when he sees the cat but gives him a wide berth when he walks around the cat. Matthew has been thinking of names for the cat. Suggestions were Marshmallow, Moomoo, Paakaa, Hulk, Thor and Lokhi. Seeing as the kitten is still with us, we decided to name him Lokhi.

Now to get him to the vet to check how old he is, if he’s really a he, if he needs to be dewormed, and when we can take him to be neutered. I also don’t think he actually jumped over the wall into our yard. He’s a tiny little thing and can barely jump up onto our couch, I don’t see how he could’ve jumped over the wall. Mark suggested that maybe someone chucked him over. But if that is true, why would someone do that?!?!?!?! 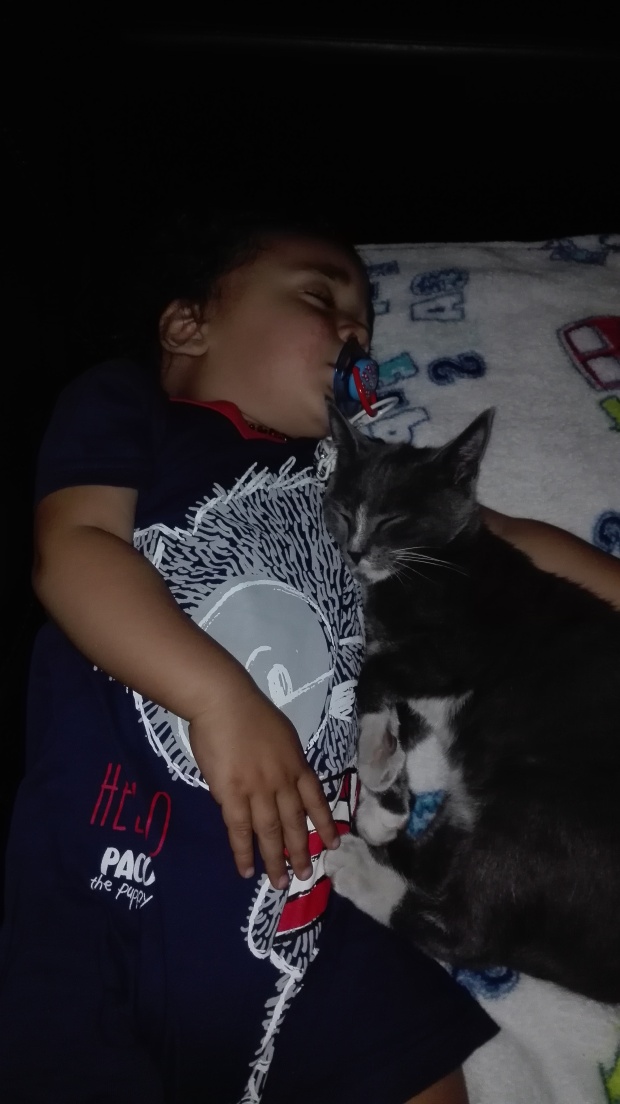 Any suggestions, tips, tricks, etc on what we need, what we should do, how we should do it, when it comes to caring for a cat would be greatly appreciated!

Follow us on social media to see more
Sharing is caring...

2 thoughts on “We’ve been adopted…”